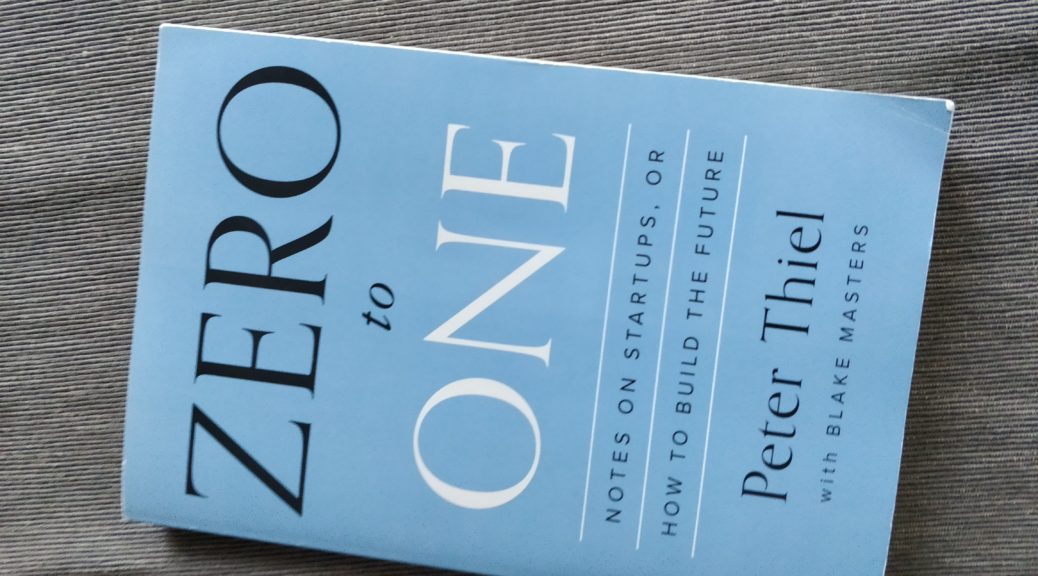 When joining Veeva one of the CEO book read recommendations was Zero to One by Peter Thiel… His ideas at least, even if he didn’t write it. On the way back from a recent work trip to Korea  I dropped in to a book shop not realising that all the books would be in Korean!

It’s clear why our CEO really likes that book and you can tell that he modelled or is in complete alignment with many of the philosophies.

The most profitable companies build a monopoly. At the same time you don’t want anyone to realise you are a monopoly so always compare yourself to a bigger segment. Both statements make complete sense and it’s making me re-evaluate my ideas on how I would start a company.

Why is that? If you’re not in a monopoly situation ( or various other positions that let you control the market) then you are in a cycle of endless competition. Endless competition means that everyone is fighting for margin. As you fight for margin you slowly make your way down to zero. Keeping the lights on doesn’t make sense to me so my idea of opening a restaurant is gone. It was a sad day that dream died 🙁

So how do you manage to create a monopoly? The book has this one question that was a recurring theme: What important truth do very few people agree with you on?

Globalisation on the other hand is seen as 1 to n. And that makes sense I think. When you look at competition there’s no bigger factor and it relentlessly grinds its way down to the point where even China finds it too expensive to manufacture some goods.

So how do you avoid competition and particularly a business war? What is Uber doing right now? You merge with the competition, purchase it, or invest and exit. While Grab may have market dominacdo in Singapore now I bet Uber is making more money here than they did before.

What are some of the ways that we can build a monopoly then? Zero to One suggests proprietary technology, network effects, and economies of scale, and branding as some. Hence your latest and greatest app might not go so far. Particularly as sales just as much as product. There’s no greater triviality than saying that your product is the best if no one buys it.

There’s no need to be a disruptor. Start small and monopolise. As you scale up try to repeat that same process – start small and monopolize. This is definitely at odds with most of what silicon valley promotes. Obviously you need to have a bigger picture in mind but its execution that matters. You want to be the last one left in the market – not the first.

There’s a bit of philosophy in the book too. Should you be indefinitely pessimistic or finitely optimistic? Thiel definitely recommends the latter as an other option puts you at the hand of fate. We all want to make our own destiny and how you see the world plays a big part in that. So what do we need? A bad plan is better than no plan at all.

My god this book packs the advice in. Consider these questions:

And finally… It’s okay to be a bit weird if you are chasing a dream. Just find some like minded consiprators so you’ll love the journey from Zero to One.