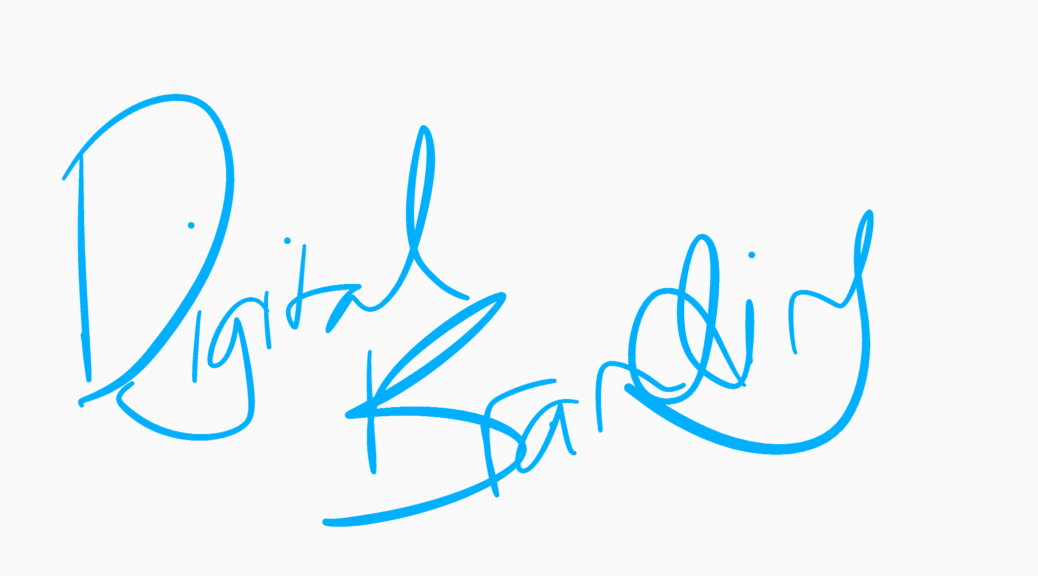 Another MOOC class done and dusted and this time the idea was to increase my awareness of digital branding and marketing which has a direct relationship to my work.

The class was run by Curtin University and had a uniquely Australian and Western Australian view with sections on Tourism WA and the largest insurance provider as examples. The best content of the class was when they focused on more global tools with the interviews with the Outbrain team being a highlight.

There were certainly a few topics that got me thinking about digital branding though and the first half of the course was very engaging.

What we think of as traditional media. These are slots that you purchase in someone else’s space. They have the audience and you pay to promote. Think TV, Radio, Newspaper, Google AdWords, and social media paid slots. The idea is that it should be able to be quite targeted.

I never thought about Owned, the marketing real estate that you already have, as such an important piece but it really is. The brand website is the key but also events are really important. You want the website to show your digital brand and values and be engaging so that people want to come back. Under Owned we also have “leased” spaces such as social media channels.

And then we have what it probably the most valuable media type in the social internet age. You need other people to be talking about your brand. The most valuable are advocates – people who will speak openly, often, and defend you. Add on to that influencers, experts / key opinion leaders, analysts and journalists and there’s a lot of people who will work for free. Or maybe not free, they need to be aligned with your brand, values and you need to be interesting enough to warrant discussion. Additionally you can actively manage these groups. I’m still shocked that more marketing doesn’t include this category in equal measure to the others.

Most just have the M to round out the acronym but I’m going to include this as the content. You need to actively manage the different types of media for each audience. The content needs to share the same values and the big trend is towards “content marketing” – content that is actually useful in and of itself.

There was an interesting section of the class talking about different content lengths for video:

There’s a real challenge on taking one concept and just applying it to four different categories. And that’s before we get to new technologies like augmented reality and virtual reality!

The concept of just being able to run a social media campaign and reach 100% of your audience or even your followers is dead. As social media has started to think about turning a profit they’ve made it increasingly difficult for brands unless they use paid promotion.

The example given in the class was that a typical Facebook post will only reach 2% of subscribers. So amplification is absolutely crucial to reaching those audiences that can lead onto further earned media engagement. Paid earned media I guess.

I hadn’t thought that much about what realistic KPI’s were for digital branding and marketing and particularly in a digital space. Here are three that seemed quite solid.

I mentioned this earlier as ‘content that is actually helpful’. The internet has made people jaded to advertising and most of us switch off either physically or mentally. So why not make the advertisement as helpful as the show we were just watching. This has really made me think about the type of content I’ve been sending to prospective customers. The content has been interesting but maybe not helpful enough to be really engaging.

And maybe MOOC’s are a form of content marketing as well. It certainly worked for Curtin in this instance. Looking back over my old blogs I would add that Microsoft did well out of their Microsoft: DAT206x: Analyzing and Visualizing Data with Excel as that had me inspired enough to amplify their brand.

Your Most Important Customer

I loved this video from 2003 of Seth Godin talking about how to get your ideas to spread. I don’t think I’ve ever seen a speech age so well. The video probably has a blog post of its own but in short: TV is dead, there’s a very small group of people who live on the bleeding edge of technology and in a way they are the only ones you should market to.

But some of the traditional marketing concepts still fit with these hyper influencers.

The brands I interact with and the companies I’ve worked for have been terrified of giving over control of their brand to their audience except in the most controlled manner possible. It’s a huge miss. Maybe it’s the Goliath problem that they become too big to take risks but I don’t think you can get unprompted earned engagement without it.

To summarise, build a brand that is remarkable, build content that helps people, focus on the leaders and creators and don’t be afraid to let your audience define your digital brand.